However you describe it, being poor, disadvantaged, or living in a low socioeconomic area is more likely to make you more susceptible to preventable chronic diseases such as heart disease, arthritis and diabetes.

Australia’s Health Tracker by Socioeconomic Status 2021 reports on the health status of Australians based on their socioeconomic standard which the study has found has a major impact on people’s health. Families and individuals with limited resources not only have more chronic disease, they are at greater risk of dying prematurely as a result of chronic health conditions. People living with mental ill-health are less likely to participate in employment, which in itself, is associated with an improvement in general mental health levels.

The ten million people living in the 40% of communities with lower and lowest socioeconomic status have much higher rates of preventable cardiovascular diseases, cancer, diabetes or chronic respiratory diseases than others in the population. These communities also have the highest rates of suicide throughout the nation.

Risk factors that are likely to contribute to this higher rate of illness and premature death include:
• Physical inactivity
• Lifetime alcohol consumption
• Daily tobacco use
• Unemployment as a result of mental health issues.

These health disparities within the Australian population are persistent despite considerable policy reform and efforts to improve services in recent decades. The targets for a healthier Australia were developed by the Australian Health Policy Collaboration, a national network of leading health experts and organisations. The Collaboration has worked with the support of the Mitchell Institute, Victoria University since 2014 to influence public and policy awareness and action to reduce high rates of preventable chronic disease in the Australian population.

The report sets health targets for medical conditions such as:
• Obesity – Obesity is a risk factor for cardiovascular disease, high blood pressure, type 2 diabetes, asthma, back pain and some cancers.
• High cholesterol – High levels of low-density lipoprotein cholesterol are a risk factor for heart disease. National data from 2011-12 is the most recent available data and indicated that close to one-third of all socioeconomic groups were estimated to have high cholesterol levels.
• High blood pressure – Rates of reported high blood pressure are relatively consistent across socioeconomic groups. High blood pressure is often caused by poor diet, physical inactivity, obesity and excessive alcohol consumption. It is a risk factor for chronic conditions including stroke, heart diseases, and chronic kidney disease
• Diabetes – Hospitalisations and deaths related to diabetes are, respectively, 2 and 2.3 times as high in the lowest socioeconomic communities compared to the highest.

New legislation means that NSW retirement village contracts will now include a timeframe that ensures timely payments for a former resident’s exit entitlements.

These changes apply only to registered interest holders with a long-term registered lease that gives them at least 50% of any capital gain.

New legislation has been introduced which affects existing and all new retirement village contracts. Previously registered interest holders had to wait until a new resident either moved into or leased their old unit before they were able to receive their share of the sale proceeds (the “exit entitlements”). This could mean that if the village operator delayed the sale of a unit after the resident left, the former might not receive their exit entitlements for anywhere between two and five years.

Under the new legislation, a registered interest holder can apply to the Secretary of the Department of Finance, Services and Innovation for an exit entitlement order directing the village operator to pay the exit entitlements to the former resident even though the unit has not sold. The order can require payment after six months for Sydney metropolitan, Wollongong and Blue Mountains residences and within one year anywhere else in NSW. This order will only be made if the village operator has “unreasonably delayed” the sale considering the time taken to refurbish the unit and whether the operator as selling agent has performed all their duties within reasonable time.

Such an application can only be made by a former resident but not their estate. If the order is made, the exit entitlement must be paid with 30 days of the order.

If the registered interest holder moves out of the retirement village into a residential aged care facility and has not received their exit entitlement, the resident may ask that the operator make one or more daily accommodation payments to the facility on behalf of the resident within 28 days of the resident’s request. As more than 60% of residents move directly into aged care, their move can be delayed if they do not have access to funds to pay the daily accommodation payments to the facility and the unit does not sell quickly. These amendments are intended to make the transfer easier for residents and family members.

It’s the start of a new year and it’s the perfect time to make your own resolutions for the year. Lose weight, get more exercise, drink less alcohol – we all know about those. We also know that if we don’t incorporate those resolutions into our daily routine from day one, we are not likely to succeed.

Taking a national perspective – it’s been a year where managing the pandemic has been a world-wide priority rather than taking any positive policy steps. Australia has not experienced the same kind of turmoil as the US or the UK but as we come out of the pandemic crisis, what should be the policy focus for our country? What do you think should be included in the Australian government’s New Year resolutions? To be on their To Do list from day one.

Here are a few suggestions:
• Distribute the Covid-19 vaccine to anyone at risk.
• Raise the JobSeeker allowance by $100 per week.
• Recognise our First Nations people in the Constitution.
• Introduce carbon-pricing for all industries to achieve zero carbon emissions by 2040.
• Implement a nation-wide bushfire emergency plan.
• Close Nauru and bring all refugees to Australia.
• Buy all the empty apartment blocks around Sydney and use them to provide affordable housing.
• Initiate key recommendations from Aged Care Commission in all aged care homes.
• Develop a plan for all coal industry workers to transition to renewable energy industries.
• Reduce the registration costs for all electric cars. 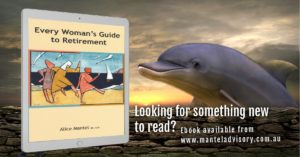